Which was the strongest empire in India?

The Maurya Empire is the strongest empire in India. It is the first prominent Indian dynasty as well as the largest one in Indian history. Chandragupta Maurya founded it in 322 BCE with the assistance of Chanakya. 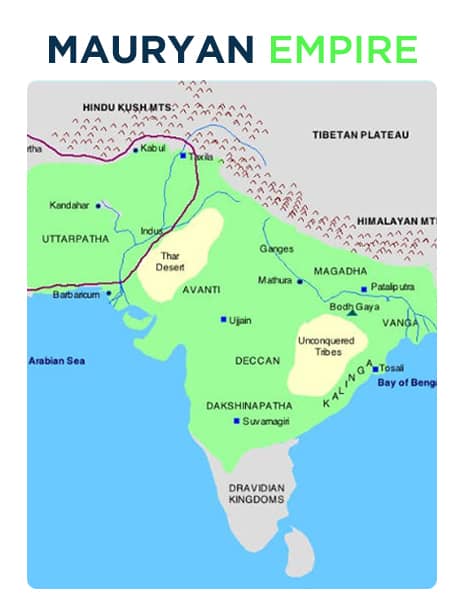 It was South Asia's first and largest central power and the world's largest South Asian empire. It's capital city was situated in Pataliputra. The three powerful rulers of the empire were Chandragupta Maurya, Bindusara, and Ashoka.

How was it founded?

Chanakya, also known as Kautilya traveled to Magadha, the capital of the Nanda Empire, where he served as minister for the Nandas. But the Emperor Dhana Nanda of the Nanda Dynasty insulted Chanakya. He swore revenge and said that he would destroy the Nanda Empire. He then went to work as a teacher at Takshashila.

Chanakya motivated Chandragupta and his army to conquer Magadha. Chandragupta recruited many young men from the Magadha and other provinces, collected necessary resources, and prepared for a long series of battles. 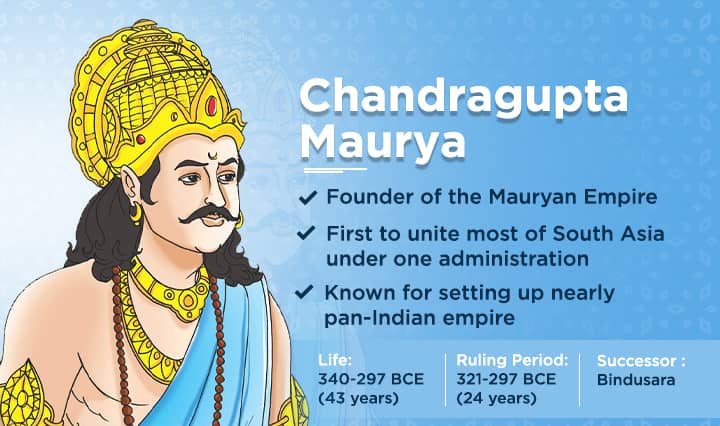 At the time of Alexander the Great’s invasion in northwest India, Chandragupta Maurya conquered Magadha and built the Mauryan Empire with the assistance of Chanakya and his political ideas. Chanakya also became the author of Arthashastra, a book based on economic policies and military strategy.

Note: Ashoka the Great expanded the Mauryan Empire and ruled almost the entire Indian subcontinent. The Mauryan dynasty collapsed after the death of King Ashoka.