Why is India called 'Subcontinent'?

The reason India is called a Subcontinent is because of its landmass that stands out distinctly. (Trivia: Subcontinent is a large piece of land that is self-sustaining and forms a division)

The Indian Subcontinent constitutes India and all the SAARC countries, i.e., Bangladesh, Bhutan, Maldives, Nepal, Sri Lanka, and Pakistan. As per history, these seven countries were part of India, but they were separated due to geo-political reasons. 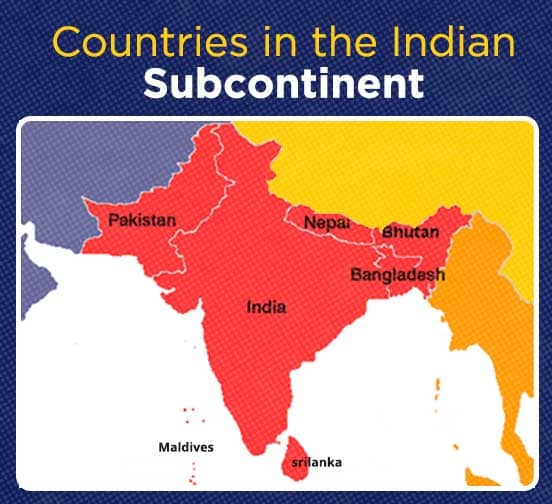 Initially, India was a separate geographical plate that collided and merged with Asia due to continental drift. (It is a theory that explains how geologists thought continents shifts positions on earth’s surface)

Though India is a part of the Asian Continent, it's still a distinct area separated by the Himalayas in the north and surrounded by oceans on three sides of the landmass on the south. This is also a reason why India is called a 'Subcontinent'.

Fun Facts: The culture and climate in all the seven countries, i.e., Bangladesh, Bhutan, Maldives, Nepal, Sri Lanka, and Pakistan are similar as they all belong to the same geographical plate.